Taking the Train from Sydney to Berry

Berry is distinct from many of its South Coast counterparts in having its own train station, conveniently located just a few minutes walk from the commercial centre of town. Berry’s station is on the South Coast Line, linking Berry to towns in the Illawarra and to Sydney.

Your train journey from Sydney to Berry on the South Coast Line can be planned using the Cityrail online timetables and trip planner. Usually the trains from Sydney run every 1-2 hours at peak times, and every 3-4 hours at other times. When you catch the train to Berry from Central Station, you usually change at Kiama onto a smaller train for the final leg from Kiama to Berry. The train then terminates at Bomaderry, one stop after Berry.

Be careful to check for any scheduled trackwork that may disrupt the train services, and could mean trains are replaced with buses for some parts of the trip.

Opal Cards may be purchased from the Visitors Information Centre at Berry Music Centre.

You can also get train route information for the journey from Sydney to Berry via Google Maps.

The CityRail network map below shows the train lines serving Sydney. The South Coast Line is an intercity line that runs from Central Station in Sydney to Bomaderry, just south of Berry.

Click or tap the map below to view the CityRail network map in a larger size. Getting to Berry in Berry NSW

Berry is situated on the NSW South Coast, two hours south of Sydney and three hours from Canberra....

Berry is an easy drive from Sydney, Canberra and the South Coast and Illawarra regions of New South Wales, making it ideal for weekends away as well as longer holidays.... 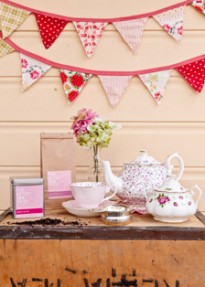 The Berry Tea Shop – A Delightful Emporium of All Things Tea

Since opening The Berry Tea Shop, a delightful emporium of all things tea, in mid-2010, Cliff and Paulina Collier have noticed a curious thing: “People

Things to do in berry